I wrote a thesis many years ago, and had a stubborn arrogance that it was one piece of work, and so it should be read in its entirety. As a result I didn’t publish papers and I didn’t keep going in Academia, and almost no one has read my thesis. So… I thought, why not at least put some of the work I did out there in a more accessible form. I’m going to start with Chapter 2, which explores the different contexts or lenses through which urban transport systems are examined.

So what type of system is urban transport and how do you see it and all the problems and opportunities related to it? Perhaps this depends on your profession, your interests or just what is going on around you? If you are a public health practitioner, it might be seen as a problem of safety and health. If you are interested in the environment, it might be a problem of consumption of materials including fossil fuels and emissions of solid waste and air pollution. If you live in part of the city which has problems with traffic noise and feeling cut off from your neighbours by big roads, perhaps it is an urban planning problem.

If we want to solve transport problems and explore opportunities for transport to play a positive role, we have to examine transport from the perspective of all these people and more.  I set out six different contexts (or lenses) to look at urban transport systems. They are not independent on one another but they help give us different ways of focusing our attention and ensuring various elements of transport problems are being considered.

They are even more interrelated than this graphic shows, but I wanted to keep it from getting messy.  An outline of the contexts are as follows (there are a lot more details in my thesis):

The table below gives some of the findings that came from examining the transport in Sydney from the different contexts.

This basically gave me a good base to start any examination of transport within my PhD, and has continued to help me when contemplating new innovations or approaches within urban transport, or reflecting on long standing issues. For access to my thesis please visit the UNSW library UNSWorks webpage and search for The social context of urban travel behaviour

Yesterday, to pass time on the bus, I started playing a game with my children. As I looked across the intersection of Tudor and Parry Street in Newcastle West, encircled with car dealerships, I was trying to spot something nice. There was a man walking along with a dark pink shirt. So I said who can spot the man walking with a pink shirt. This game soon evolved to spotting cyclists, pedestrians, bonus for prams, motor bikes, people waiting at bus stops and buses. We had a point system that we didn’t keep count with (but it was there), and Dante kept declaring he won because a bus was worth sixty hundred thousand points. 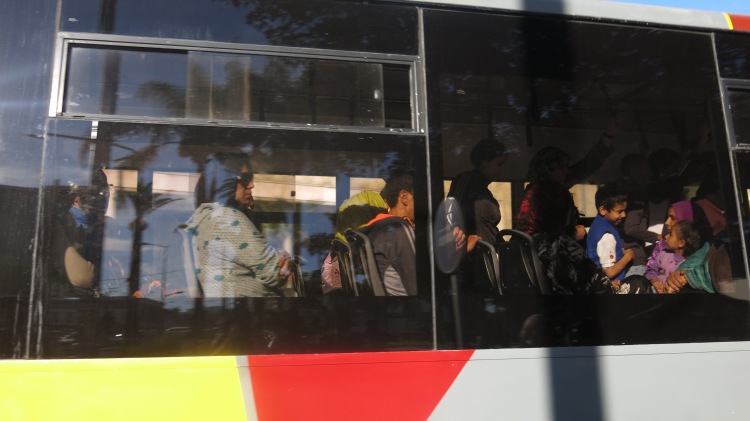 But this game got me thinking…. about two things. When we were little we would never let a yellow car, a beetle or a mini go by without noticing it and someone else getting a punch or a pinch. OK, maybe we just were looking for an excuse for small acts of violence, but the key thing was that they became a salient part of our experience on the road. In juxtaposition to this, the advertisement with the bear behind the basketball players is all about not being able to spot something because you aren’t looking for it. This is backed up by research by Herslund & Jorgensen (2003) finding many crashes were caused by drivers looking but failing to see cyclists.  So combining these these two lines of thought, surely this must mean we just need to have a game to get people spotting cyclists in order to start looking out for them more on the road and therefore creating a safer cycling environment (but I’m still undecided as to whether there should be small acts of violence involved). 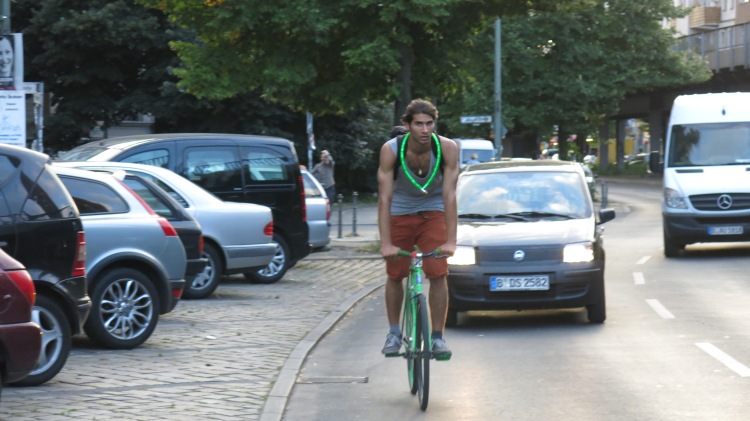 Another logic behind this game, would be the importance of observing various signals in our environment that evoke the descriptive norms of a behaviour. Put simply, if you take the time to notice the people who ride (or walk or take the bus), then you are more likely to appreciate that riding (or walking or taking the bus) is a normal thing to do. And this can be a  powerful tool in determining our behaviour as researched by Cialdini (2007). So perhaps this game could not only make cycling and walking safer, but also people might start giving it a go more often. And then this game will get a whole lot more crazy and we might have to limit it to yellow bikes or cyclists and pedestrians dressed in yellow! 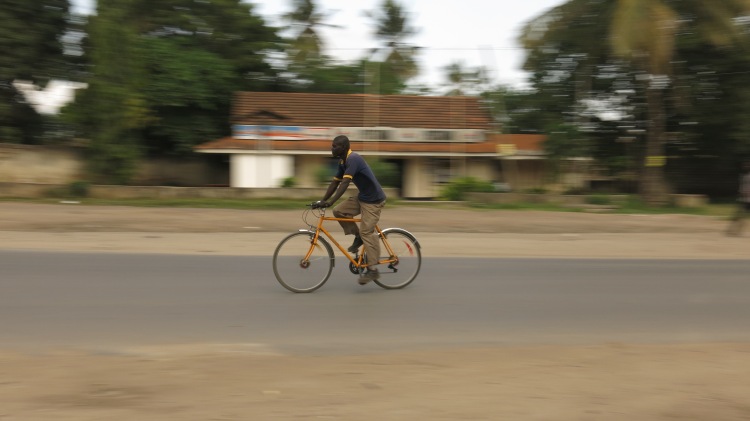 Now comes the fun part – what would be the rules of the game? How could it evolve from something I play with my kids, to something the world wants to play? Our scoring system went like this:

My first thought was an app, and it could have different bonus point systems that change weekly (like extra points for pedestrians in pink). However, I realised that for the drivers out there this wasn’t going to work – unless it could be all done by microphone and if it was in driver mode and the phone sensed it was being picked up, it would stop working… Or maybe it just has to continue being a game that families and whoever else wants to play… I have no idea how to popularise it (maybe through schools) and I can’t imagine any level of government willing to promote the idea as a sustainable transport initiative, but I can’t help but feel that it might be a good idea. What do you think? Would you play? What would be your rules?